11-29-18 Bible Verse of the Day: Psalm 136:1,26
Old-Site of the Day: Mermaid_Elizabeth's International Download Links for Microsoft Chat 2.5 "This is a download page for the installation files of 'Microsoft Comic Chat' with 24 different languages available:" An IRC chat program which displays conversations as comic strips! For Windows 3...but has instructions for running it on modern Windows. Since 2000. Has a page of buttons, but not in the standard size.
National Geographic interviews former headhunters on why they converted to Christianity. 553;89

11-28-18 Bible Verse of the Day: Mark 16:15-20
Old-Site of the Day: Sled Dog Rescue A closed rescue orginization for Malamulutes & Huskies out of Tennessee. Closed after a couple tried to sue them for selling their dog to the folks who made the Disney Movie Eight Below. Their frontpage is a blog of the lawsuit; the rescue folks won, (the couple had waited a two years to contact the rescue) but legal fees & stress caused them to shut down. :( Online since at least 2002.
Almost forgot, today's my site's birthday! (Are website born? Is it ok to say that?) Web-Site-Ring's been around for 2 years now. I had no plan; just an idea I wanted to share. Here it is! Web-Site-Ring: Create one without scripting That was on the front page for about a day. I decided to turn the page into a weblog the next day, focusing on web resources. That quickly was parred down to old websites & Bible verses. It seems to have turned out well. Thanks to everyone who's been here! Thanks to everyone who's linked here, to Neocitoies & everyone who's followed! And Thanks be to God & Jesus, highest of all. Thank You! 567;113

11-27-18 Taking a break from old-sites to bring you links on: RotoScope: The Widescreen Movie Process from Missouri
Bible Verse of the Day: Ecclesiates 2:16582;146

11-21-18 Bible Verse of the Day: 1 Chronicles 29:10-20
VGF has apparentluy removed their old gaming portal; all that's left is their forums. (And SMBHQ, for now.) VGF was the old-site of the day awhile back. Their old websites had good contempory information on early 2000's games.
Also, it appears WebRings.org has removed their site hosting capabilities, which has created a lot of broken rings. Sad; WebRings was sort of the last official remnant of the U.S. version of Geocities. (WebRings was bought by Yahoo, who combined it with Geocities for awhile. Yahoo sold WebRings off a few years before shutting down Geocities.) 359;92

11-20-18 Bible Verse of the Day: 1 Thessalonians 5:15-28
Old-Site of the Day: InCineRama.com Lists movies made in the widescreen film process, with pictures of posters, tickets and the like. Also lists theatres, & has limited information on similar film processes. (Apparenttly I'm on a widescreen kick.) The "What's New" archive goes back to 2001. 803;181

11-19-18 Thursday's Thanksgiving in the U.S.! Happy Thanksgiving!
Bible Verse of the Day: Ephesians 5:15-20
Old-Site of the Day: Steve's Vacant Lot Since 1995. A personal site with lots of film-format info. Moved several times over the years; some parts are still hosted on Anglefire. Found when looking up Dimension 150, a competitor to Cinerama. 777;146

11-17-18 Microsoft planning an Xbox without a disk drive. Not surprising, but disappointing.
Bible Verse of the Day: 119:105
Old-Site of the Day: Silents are Golden. Golden! Golden! Another movie page, this time about silent films. Since 1998, according to the copyright. Oldest archive I can find is from 1999. 639;133

11-15-18 Bible Verse of the Day: 1 Thessalonians 5:18
Old-Site of the Day: Texas Escapes, in 2003 An online magazine about Traveling in Texas, the southern/midewstern U.S. state. You don't here the term "online magizine" much anymore. Everything's a "blog." Still online and updated today. According to the front page, they've been running sine 1998! 20 Years, Congrats! 430;93

11-13-18 Bible Verse of the Day: 1 Peter 2:12-17
Old-Site of the Day: Skippy.com About the 20's-40's comic strip character, Skippy. Not about Skippy Peanut Butter. From the family of Percy Crosby, who created Skippy. (The character, not the food.) Tried to sue Skippy Peanut butter for trademark infringement. (When Skippy Peanut Butter came out Skippy was a well-known comic strip, with a couple of live-action movies & animated cartoons based on it. The character had been licensed to other companies for promotional purposes.) Here's what it looked like in '99. There is an earlier archive, but it's just a placeholder page, with no reference to peanut butter or comics. You have to go to Pearl Harbor Day, 1998 before all that starts.
Also, This isn't really an old-site, but it's still important: Web Pages Must Live Forever (Written in 1998, but the site's been upgraded significantly since then.) 958;159

11-12-18 Bible Verse of the Day: James 5:12
Old-Site of the Day: Lissa Explains it All Suggested by tinypaws, this kids's HTML help site's been around since 1997. Not a bad layout. The forums, sadly, no longer work. Not HTML 5, but still a nice layout, & it's not like Google can pass the W3C's validator: 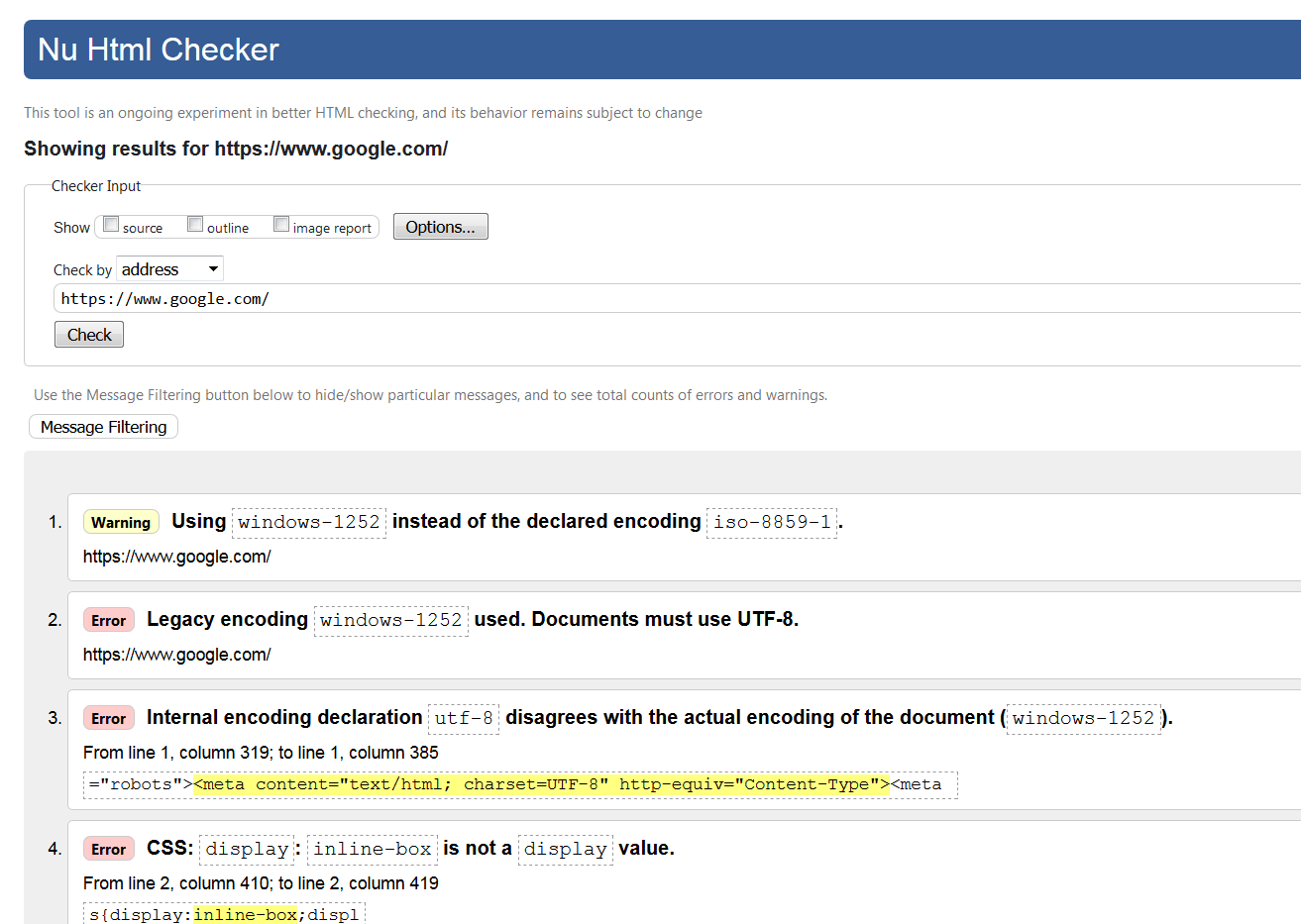 If it still works, use it. You're just pushing everything towards a cliff named obseletion if you keep everything new.
And yesterday was Veterans Day in the U.S. & Remembrance Day in the U.K. Thank you to all our men and women who serve or have served in our armed forces! We couldn't live without you!
Stan Lee Passed Away. He was 95. Co-creator of Spider-Man & other Marvel comics characters. 965;166

11-9-18 Bible Verse of the Day: Isaiah 1:18-20
Search Service of the Day: Neocities Districts Figured this deserved a shout out. It's a directory of Neocities sites, broken down into major topics, then organized alphabetically. I wish them well, tho I'm not sure they realize how much work goes into a good directory. Seems to be a response to Site-Rings, but directories & rings suffer some of the same problems. Starting is easy, but once sites begin to close or move things get hard fast. A broken ring is unusable to be sure, but a directory of 90% dead links is just as useless, & fixing broken links takes time away from adding new links. Still cool tho.
Old-Site of the Day: Sattlers.org A Homepage for Michael 'Mickey' Sattler. He wrote a book on CU-SeeMe, an early web conferencing program, & put it online Read the book here. Since 1993, according to the copyright. I can't find it in the Wayback Machine before 2008, but he does have his own archive, going back to 1998. 1077;150

11-8-18 Bible Verse of the DAy: Galatians 3:3-5
Old-Site of the Day: James Marshall's Generic Home Page "No fancy home page yet, just links to the other stuff." With tutorials on HTML, CGI Scripts, etc. Since 1996, according to the copyright. Earliest archive from the same year. Probably last updated in 2017.
Search Service of the Day: wibly.me I found out about this from a blog post. It's a small search engine designed to make web surfing fun again. Focuses on old-style sites, submit here. Don't mind if I do... 631;121

11-7-18 Supreme Court Won't Review Decision That OK'd Obama-Era Net Neutrality Rules AT&T had appealed a court case which upheld net-neurtality rules. The U.S. Supreme court won't take the case. The rules were repealed awhile back anyways, so I'm not sure there was much of a point in examining them to see if they were constitutional.
Super Mario Died! (Or, more correctly, his namesake died.)
Bible Verse of the Day: 1 Timothy 2:1-2
Old-Site of the Day: Best-of-Web.com Not Best of the Web, but Best of Web. A directory of website resources since 1998. I linked to their CGI scrips page, which, judging from the Wayback Machine, hasn't had a layout change since '98. 526;84

11-6-18 Bible Verse of the Day: Daniel 2:10-17
Old-Site of the Day: Robbies Reels Another film history site, focused on home movies. Also sells films. Yesterday's Old-Site had a small poem on it, about keeping film from tearing itself up. The website's author didn't know who wrote it. This site does. I linked to the page with the poem; I'll post a copy here too; it should be in the public domain: "I am celluloid, not steel, Oh God of the machine, have mercy, I front dangers whenever I travel the whirling wheels of the mechanism. Over the sprocket wheels, held tight by the idlers, I am forced by the motor's might. If a careless hand misthreads me, I have no alternative but to go to my death. If the pull on the take-up reel is too violent, I am torn to shreds. If dirt collects in the aperture my film of beauty is streaked and marred, and I must face my beholders-A thing shamed and be spoiled. I travel many miles in tin cans, I am tossed on heavy trucks, sideways and upside down. See that I don't become bruised and wounded beyond the power to heal. I am a delicate ribbon of film - misuse me and I disappoint thousands; cherish me, and I delight and instruct the world." Written by A.P. Hollis, a film distributor for home movies, in 1920. Oldest Archive: 2001, which should be when the site was started, according to the copyright. 536;94

11-3-18 Old-Site of the Day: The American Widescreen Museum This has been one of my favorite sites for a while now. I thought I'd covered it awhile back, but searching my site doesn't bring it up. Went through my site page-by-page yesterday, & still didn't find it, so here it is. This is a webpage dedicated to widescreen movie processes, like CinemRama & CinemaScope. Also has sections on color films, talkies, and a poster gallery. Since 1995. Oldest Archive I can find is from 2000.
Bible verse of the Day: James 2:14-26 543;64

11-1-18 Bible Verse of the Day: Galatians 5:10-25
Old-Site of the Day: Steven H Silver's Homepage Website of a science fiction author and fan, since at least 1998. Has stories the author wrote, biographies on other authors, revies, etc. Used to have a section for PD novels. No longer listed on the main page, but still there, thos it looks like some of the links have died in the past 20 years. If you look at his reviews, you can find the old Amazon logo. Here are alternate versions, based on the US & UK flags. 520;94 Return to the Main Menu