6-27-19 Old-Site of the Day: AstroWorldPark.com Fan site remembering AstroWorld, the Houston, TX theme park closed in 2005. From that same year, if the copyright's any indication. Created by former employees. Their forum has some interesting thread about the park's closure & the rides' fate.

6-25-19 Wow? Has it been that long? Sorry, life gets in tnhe way sometimes.
Over 77k views! Thank you so much! (I wanted to post this yesterday, but couldn't find the time.)

6-22-19 Old-Site of the Day: ClassicTVInfo.com I hope I haven't listed this before. If I have it's still neat. A collection of articles on old TV shows, from the 40's to the 80's. I linked to an article on The Colgate Comedy Hour, a variety show Abbot & Costello hosted from time-to-time. Started in 2005, last updated in 2014.

6-19-19 Is the month really going by that fast?
Old-Site of the Day: murakun5555 Here's another Geocities.jp site, this time about video games. It's still up; the webmaster moved it, & Geocities had a link to the new host. Still the same content tho.

6-17-19 Old-Site of the Day: Pokemon: The First Movie The official WB site for the film. Has several versions of the site, themed for different Pokemon. If you have an older DVD of the movie you already have a copy of this. You do not, however, have this. It's an even older version of the site, from before the movie was released.

6-12-19 Old-Site of the Day: Dream Kids Fan Site I don't know this site's actual name, so I'm giving it this generic title. In the late 90's Nara Dreamland apparently had a big expansion & marketing push. The built a new wooden roller coaster, the Aska; they licensed Ultra Man & built a theater specifically for his show, & they produced a locak kids show Dream Kids Big Adventure, where two people in Panda costumes would take kids around the park. This is a fan site for that show, found recently via a Google search. It was hosted on Geocities.jp tho, so I've had to use an archived version of the site. When Google clears out their cache old Geocities.jp sites will be impossible to find. Who knows what else is out there... Translated Version Lots of information, including an interview with the show's staff. The show's intro, from a YouTube channel which may have other clips of the show.

6-7-19 Apple Sued Twice actually, by developers & consumers who think the App store is a restriction of trade.

6-5-19 Old-Site of the Day: The Lucky Corner Dating to at least 2004, this site is "devoted exclusively to cast and crew listings and various other technical details for all 221 Our Gang films."

6-1-19 I noticed today that Google Earth no longer has a marker for Nara Dreamland. Makes sense, since the park's long gone. For future reference it was near Naraden Field, a sports complex in Nara, Japan. I'll try to post a pic later.
It's later, & here's a pic: 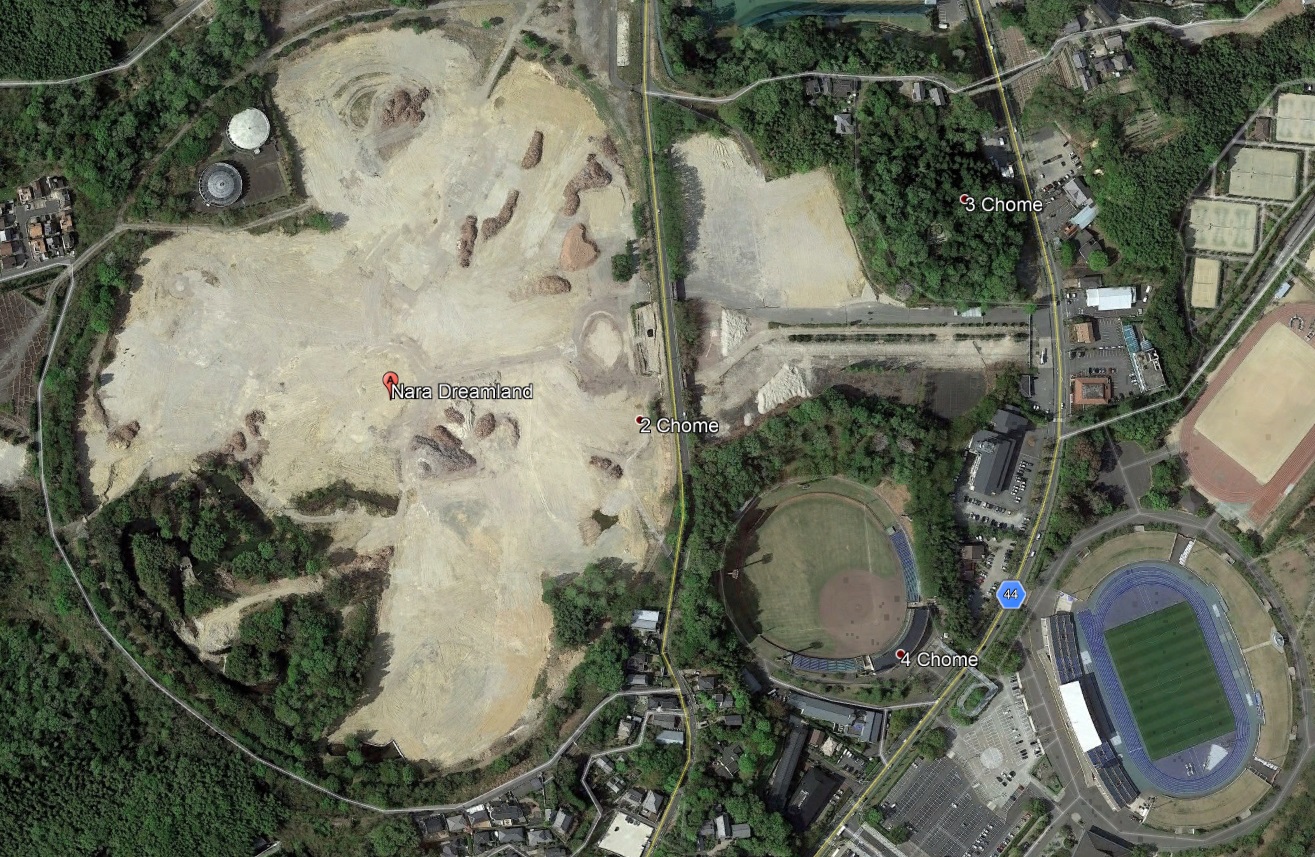 Return to the Main Menu